How to become a pro PUBG Mobile player

Every hardcore PUBG Mobile player wants to become a pro. For some players, a win is a must while for others a sufficient number of kills in a match is mandatory. This all comes down to one’s mentality right from the start of the game. So how exactly do you become a pro PUBG Mobile player?

Use best settings you’re most comfortable with

This implies to both the graphics (visual) settings of your phone as well as your movement and fire control settings. In order to become a pro PUBG Mobile player, you do NOT need the best smartphone, to begin with. Of course the better the phone’s specs, the better graphics it will support. But let’s focus on the settings here. Pre-define your pick up amount for guns and bullets, pistols, throwables, and medics/boosts. Make the control buttons bigger or smaller or relocate them to your comfortable position. You can also set their transparency level. In short, organize your screen and make sure no frequently used buttons overlap or are too close together to avoid mistakes in the game.

Use the best gun combinations and throwables

An AR with either an SMG or a Bolt Action Rifle works great for most situations. Attachments are a must as long as you find them. There is no perfect combination here, just experiment and select which one works best for you. Throwables come to great use in reviving teammates or taking our enemies. Use them accordingly.

This is one of the most important factor to win the game and improve your overall skill to become a pro PUBG Mobile Player. The faster you improve, the quicker you’ll become a pro player. Basically, you should know when to rush into enemies and when to go prone. Yes, going prone does not make you a noob, sometimes you have to do it to avoid being spotted and killed as a noob. Communication with teammates is the solution here and making a plan together and not going in alone to take a whole squad out. Use features such as peek and fire, jump. Remember to always reload your gun after firing out bullets even if your magazine is not too low on bullet.

How To Reach Ace or Conqueror in PUBG Mobile

Now that we have learned the best tricks to become a Pro PUBG Mobile Player, let’s further go down to reaching Ace or Conqueror. Ace is the level you can achieve after crossing Crown I at 4200 level ratings. This is not possible overnight so you have to have patience. But make sure that every match counts and try not to go negative so that your points go up faster. While in every other Tier, you have just one chance to not go negative on dying too early, in Crown Tier, you will have 3 such chances. Don’t repeat the same mistakes, simple. Reaching Ace tier among friends is a pride and is quite achievable if the above tips are kept in mind and followed.

Getting the Conqueror tier is not easy as it is reserved for the top 500 ratings players in a region or server. Each server has its own difficulty level. Asia, KRJP seems tougher due to more number of active players in these regions. You may choose to go to Europe or North or South America to push your rank to Conqueror. But the slight easier matches are countered by higher ping rate in these regions for a player basically residing in Asia or the Middle East. So that’s the price you’ll have to pay.

Although survival time and final match ranking (rank at the end of the match) matters the most in terms of ratings, maintaining your K/D ratio and Win ratio is sure to increase your ratings positively. You can then climb up tiers much faster. It’s easier to earn 30+ points while at Platinum tier. But it gets more and more difficult to earn even 20 points once you reach Crown or Ace.

So what we want to tell you here, is that in order to reach Ace or Conqueror tiers in PUBG Mobile, you should maintain your win ratio and make each match count. You will find that some of your friends are crazy about loots and supplies. That makes no sense when you get killed just after looting an airdrop. So be vigilant to loot airdrops or even enemy crates just after defeating them. Don’t try to fill your bags with all sorts of supplies you get at your landing spots. As the game progress, you will get more and better supplies along the way.

Does higher RP rank means a player is Pro?

Well, not necessarily. RP ranks are earned on completion of Royale Pass missions. So higher RP rank means completing more Royale Pass missions. But usually, Pro Players has higher RP ranks. But this does not mean otherwise – a high RP ranker may not be better than you in reality. There are many instances where the highest RP ranker is the first to die in a match, no kidding. So work on your skills and tactics, RP will come automatically.

Final Words on Acing and Becoming a Pro PUBG Player

Just as the saying goes, Rome was not built in a day, no one can become a Pro PUBG Mobile Player overnight. It takes time, experience and skill to earn the badge. Also, don’t believe that all those YouTube videos showing 45 kills and New World Records are real. Most of them are edited to make paces faster. And most of them don’t have that much kills. The titles are just catchy to gain more views. Some of the videos may be helpful though. In order to know a real Pro PUBG Mobile Player, go check out their profile statistics. The main things to look out for are: Kill to Death Ratio called K/D ratio, win ratio, maximum and average kills and damage. 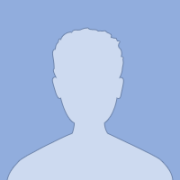 PUBG Mobile Zombie Mode: The 10 best tips and tricks to survive the night